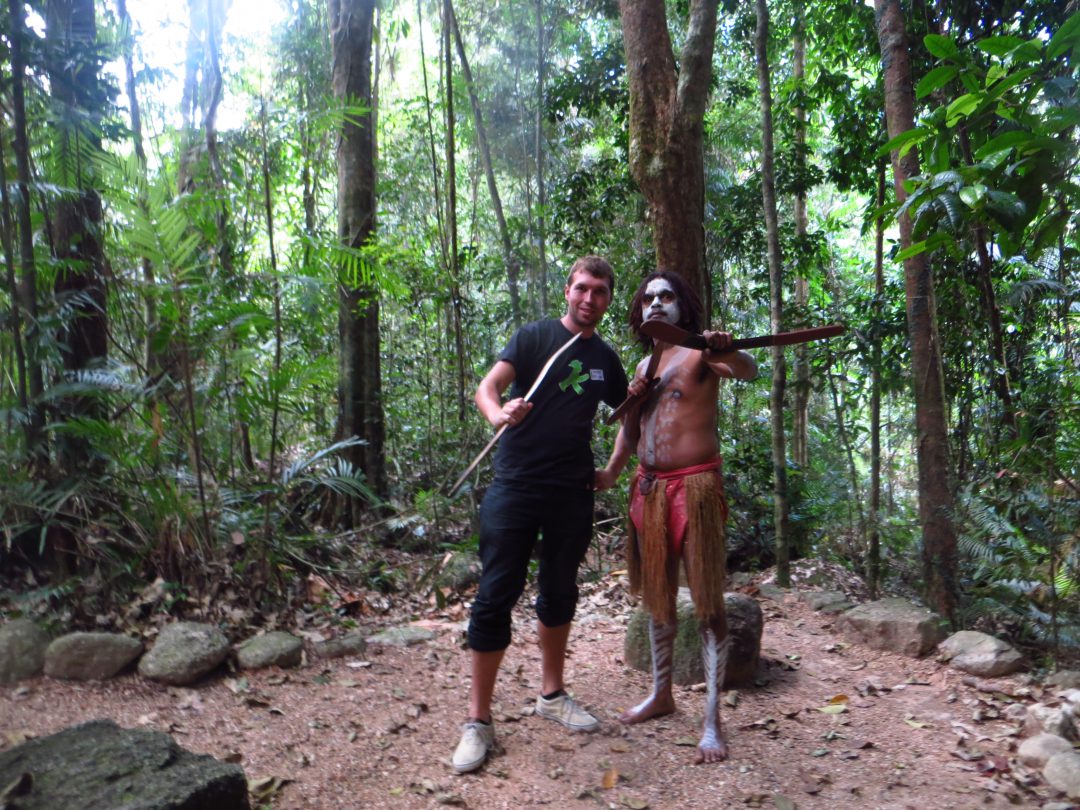 This report is about our way from Cow Bay to Cooktown. We reached Cow Bay late the evening from Port Douglas. In Cow Bay we stayed at a tiny guest house that was run by an Aussi and a woman from Dortmund, Germany. This was quite an coincidence as we needed to get up early next morning, as there was the World Cup Final 2014 in Brasil going on – Germany vs Argentina. Germany won that World Cup, so there was a reason to drink at 6 in the morning before leaving to Cooktown.

On the way we stopped at several places such as a djungle trail along the river, an aborigines village and a mangrove forest.

After that the complicated part started. For those who try to take the same way: Make sure to have 4×4 car or a motocross bike. Even with this the road was more than challenging and we found several people with 2 wheel drive stuck on the way in deep mud or waterholes. The government is trying to build a proper concrete road since years bud is failing constantly due to bad weather conditions. Maybe at one point this will be a seal road. Sure there is a longer proper highway to Cooktown you can take instead what is quite a detour.

After hours in the mud we finally reached first civilisation again: The unique Lions Den Hotel where we could refuel us and the car again. From here it was just a small way left to Cooktown.

Please share your experiences, tips and tricks about Cow Bay in the comment section to help others! 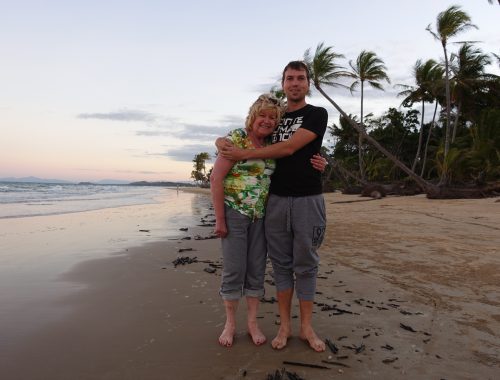 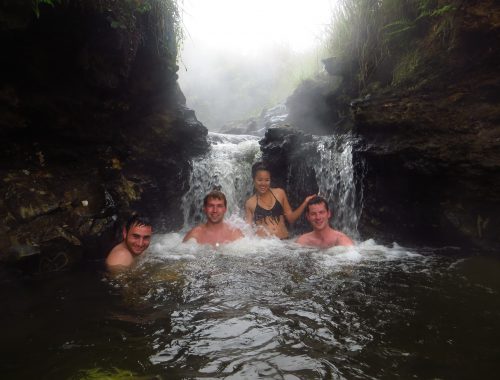 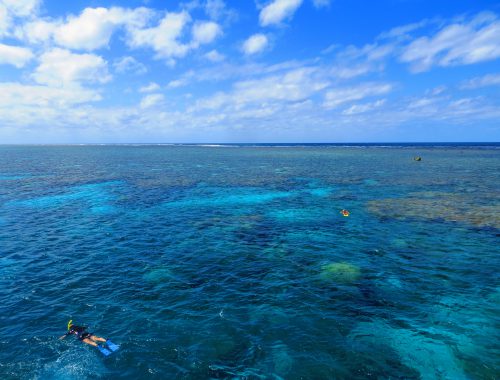