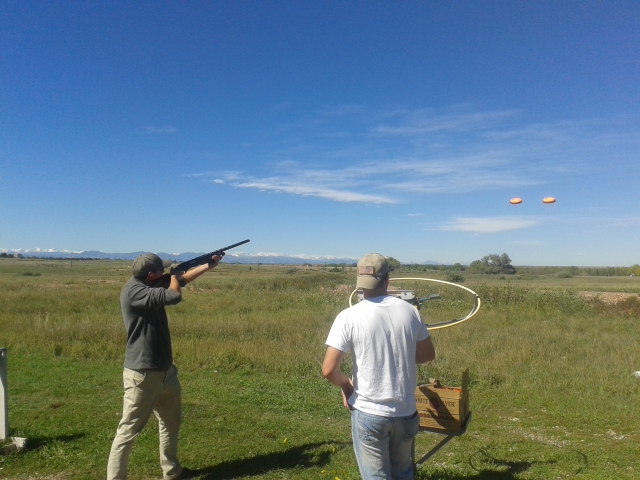 Location: Colorado, South Platte River Valley on the high plains, east of the front range of the rocky mountains

Weather: semi-arid, continental climate, average temperature is 10.3°C, winters are cold (up to double digit -), summers are mid normally around 23°C. People of Denver belief, that the city receives 300 sunny days a year, what isn’t true. Still there are 115 clear and 130 partly cloudy days creating 3100h of sun a year. So, rainy days are rare.

My To-Do Tip: If season allows it rent a car and make a daytrip to the Rocky Mountain National Park, which is just a 2h ride from Denver

So I was finally in the Mile-High-City, Nickname of Denver, as it is exactly 1600m over sea-level and gate to the Rocky Mountains. The first night I stayed in a hotel and then I was friendly welcomed by Andy, my hoster. I planned to stay 2 nights in Denver, but it came different. More later in the article.
First some impressions of downtown Denver, which I liked a lot. To My surprise they had a mall street without cars, what can’t be found in other big US Cities. Only the free mall ride busses can pass it. 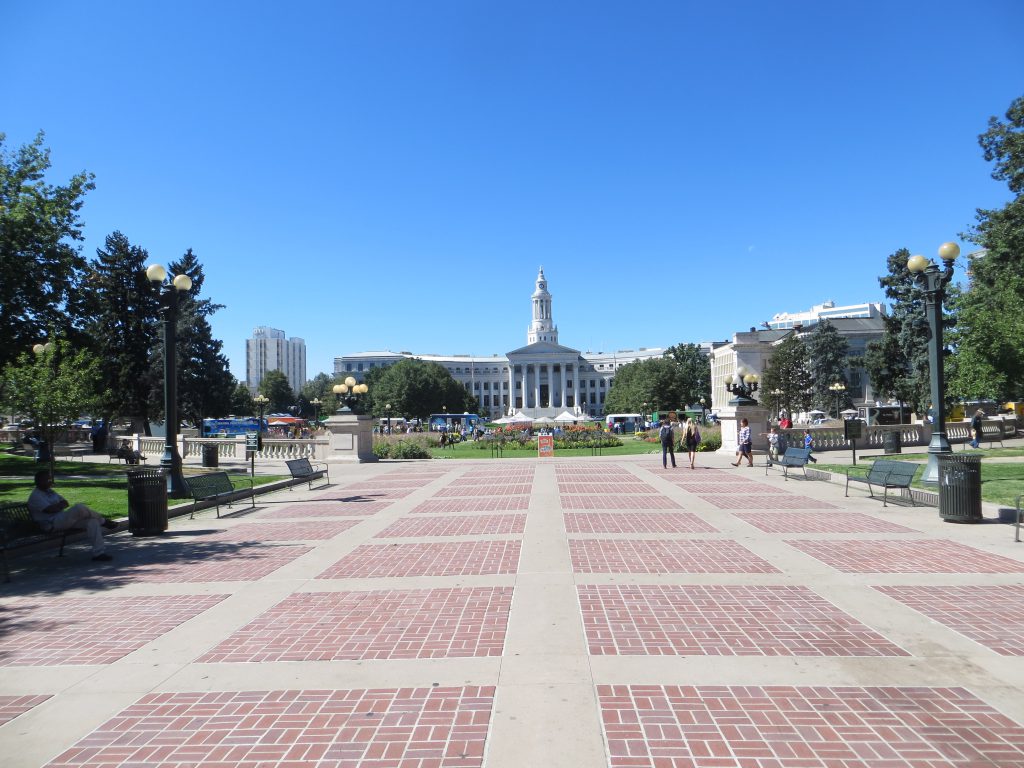 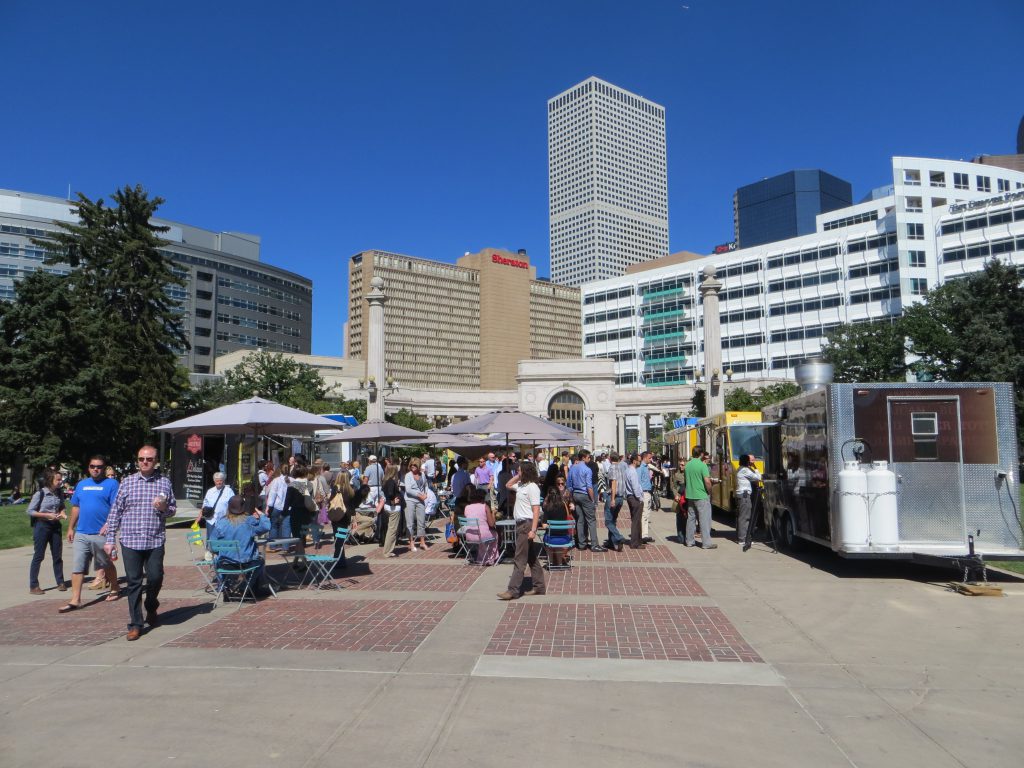 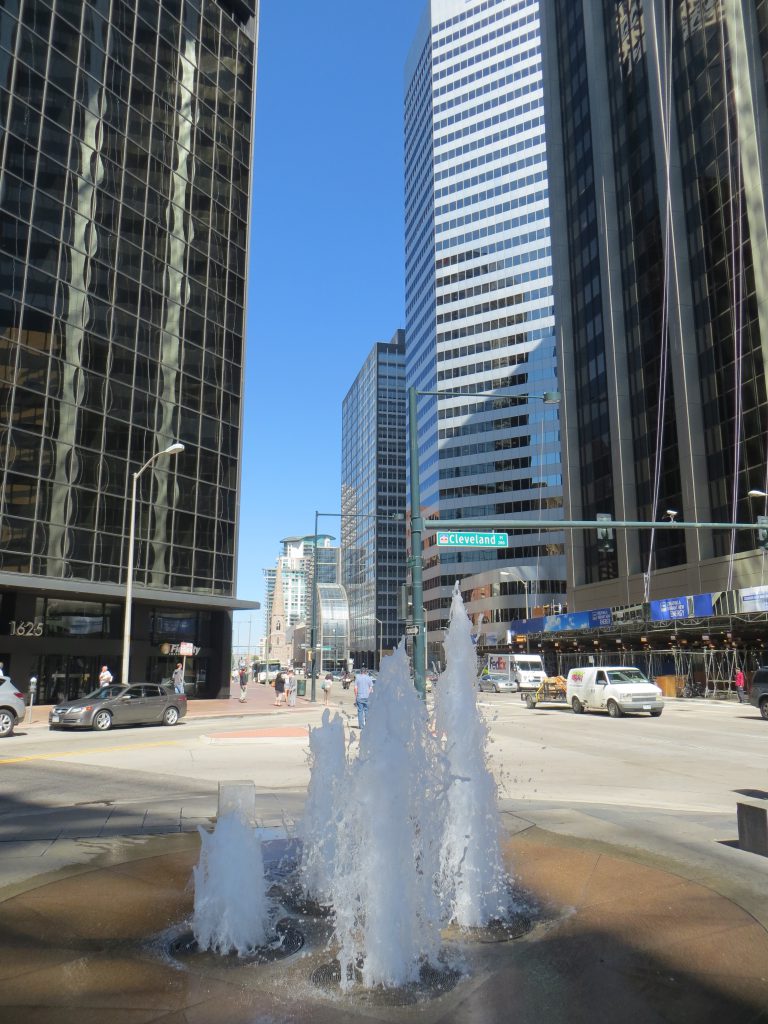 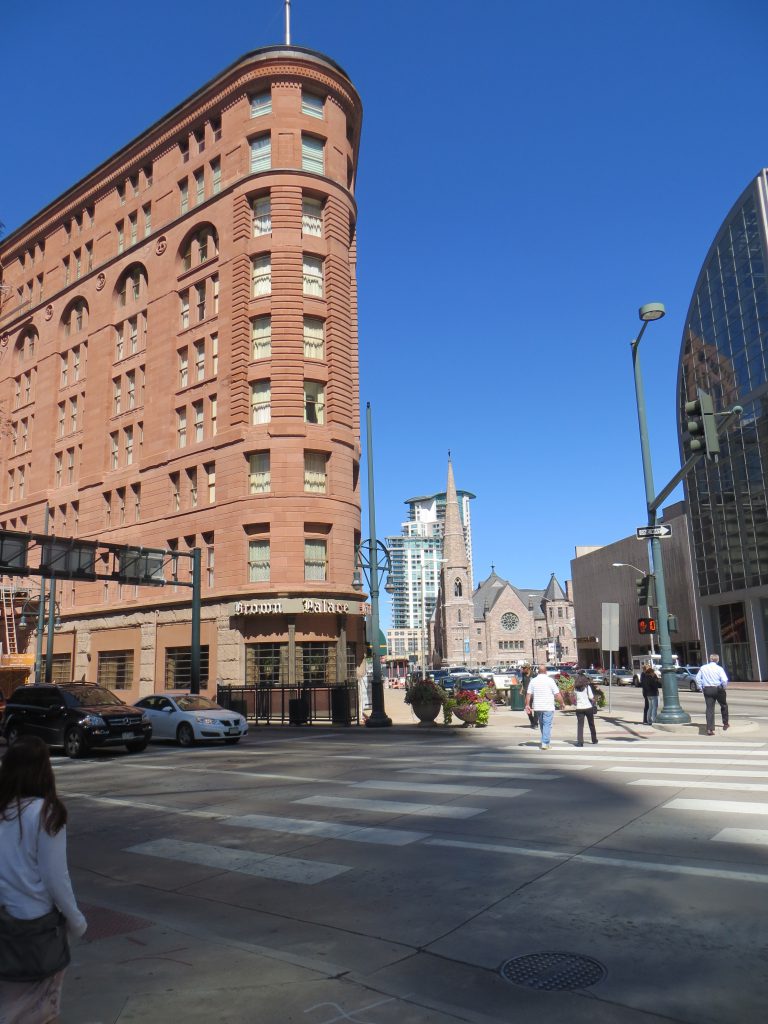 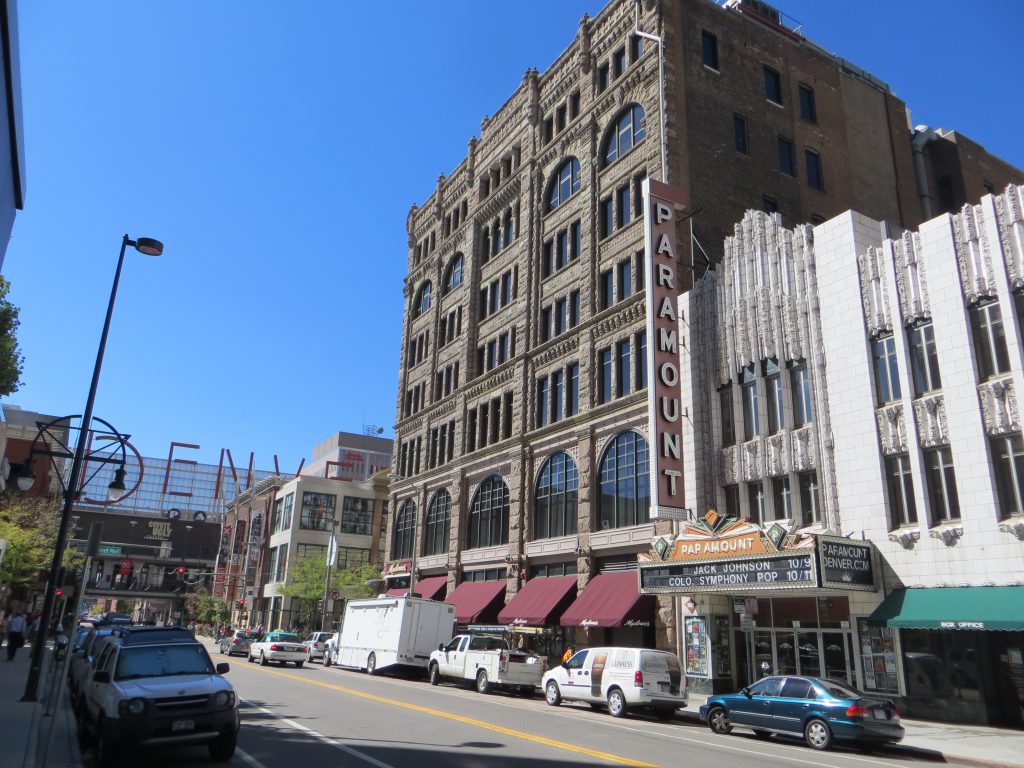 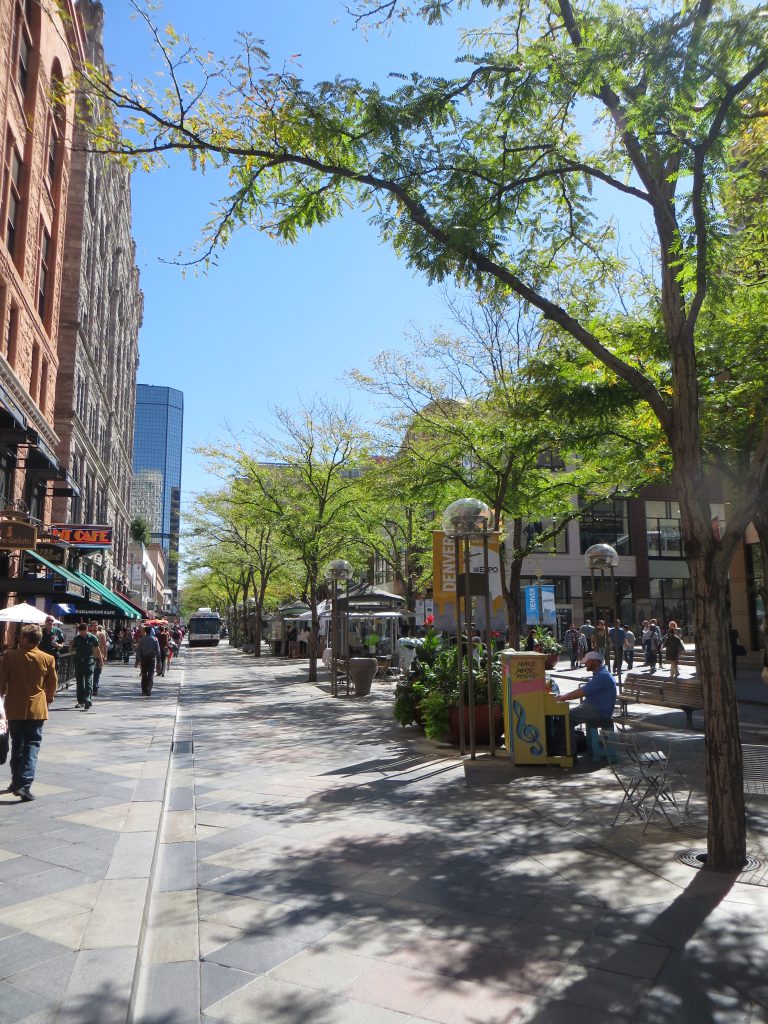 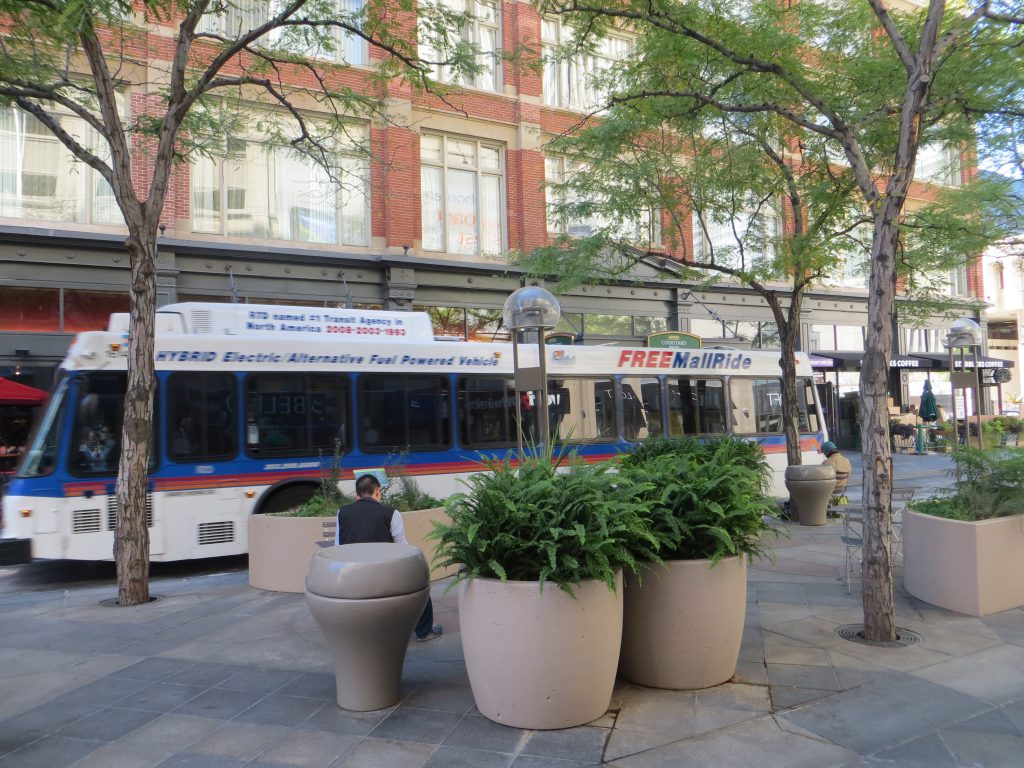 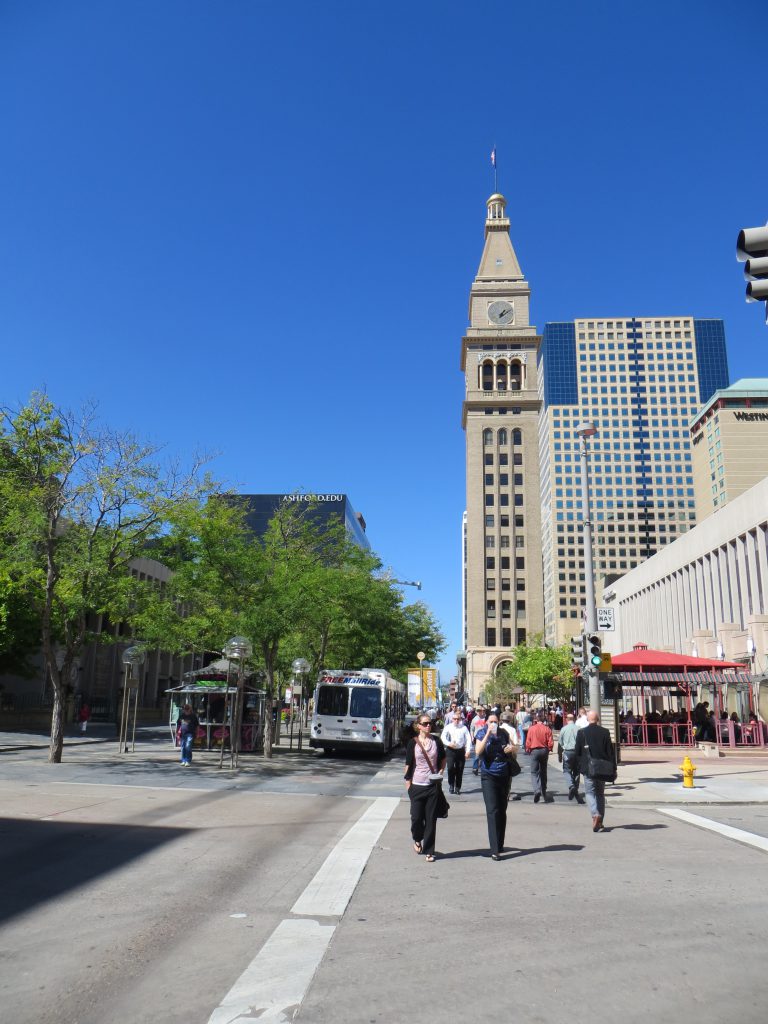 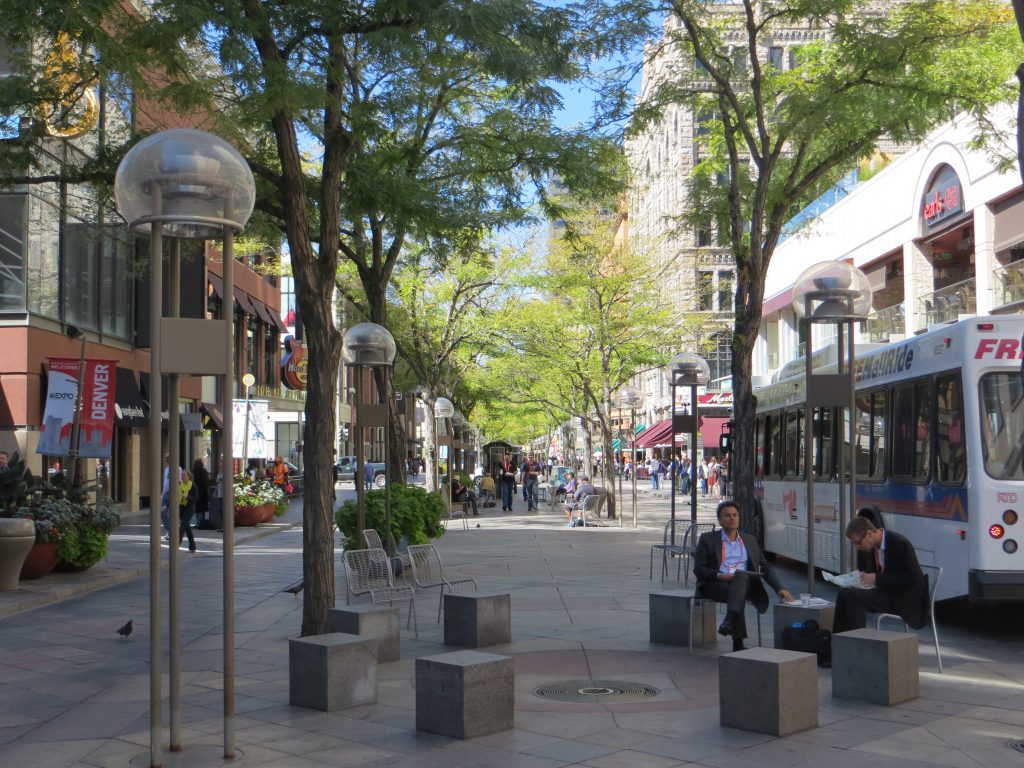 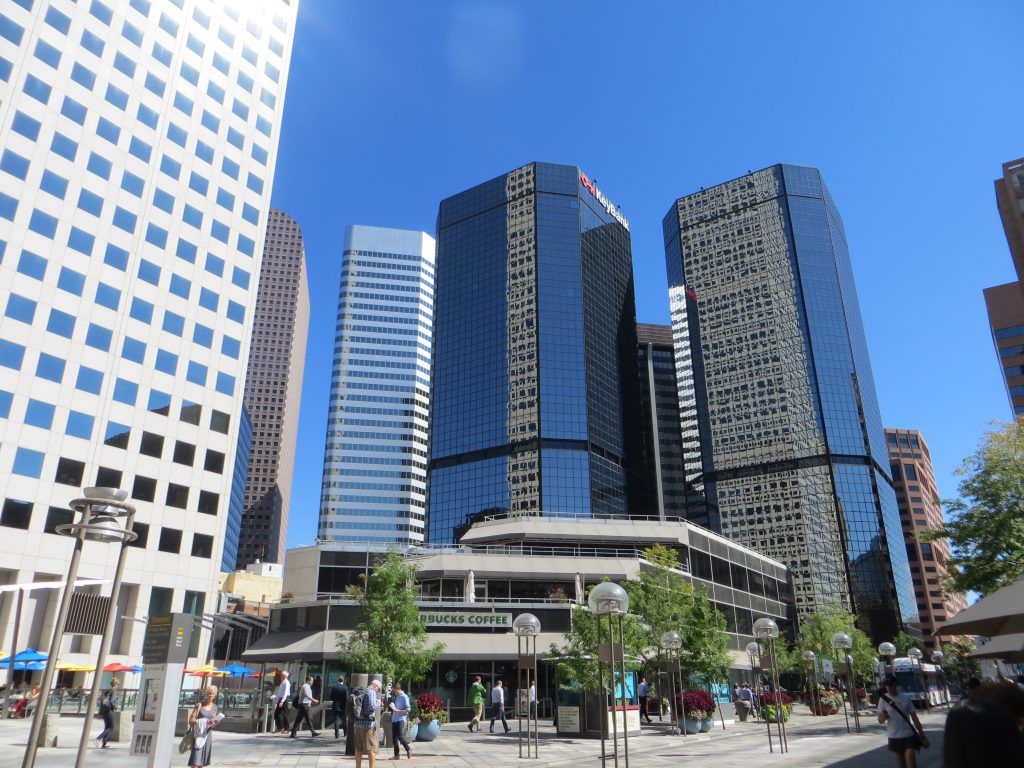 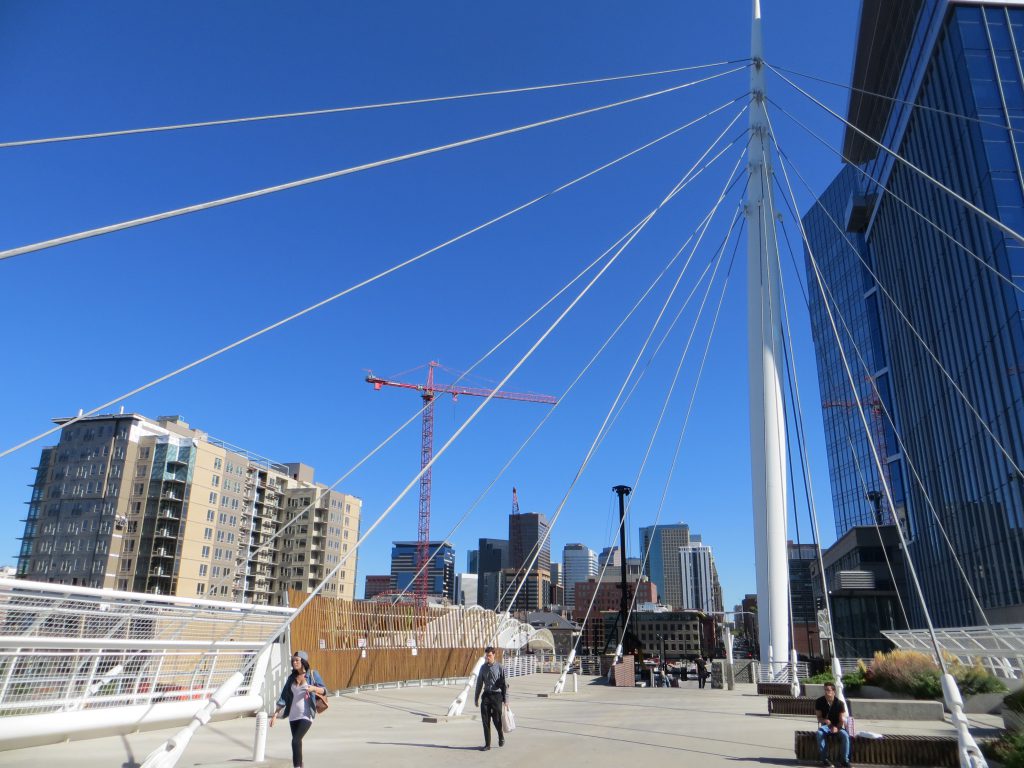 Actually I wanted to leave after 2 nights at my hoster Andy and planned to leave in the evening and pass some parts of the Rocky’s already in the night. I was already in the car about 30km from Denver when I got an SMS by Andy saying: “Dude, you can’t drive in the night through the Rocky’s, you won’t see shit of the landscape. If you wane stay one more night you are more than welcome.” – So, I turned around directly, picked up some beers and snacks for the night.
Next day Andy hat the idea to go to a shooting range. As this is not possible in Germany, I was on fire! So, next we picked up some ammo, drinks and snacks in the supermarket and went to the range – A new and unique experience for me. 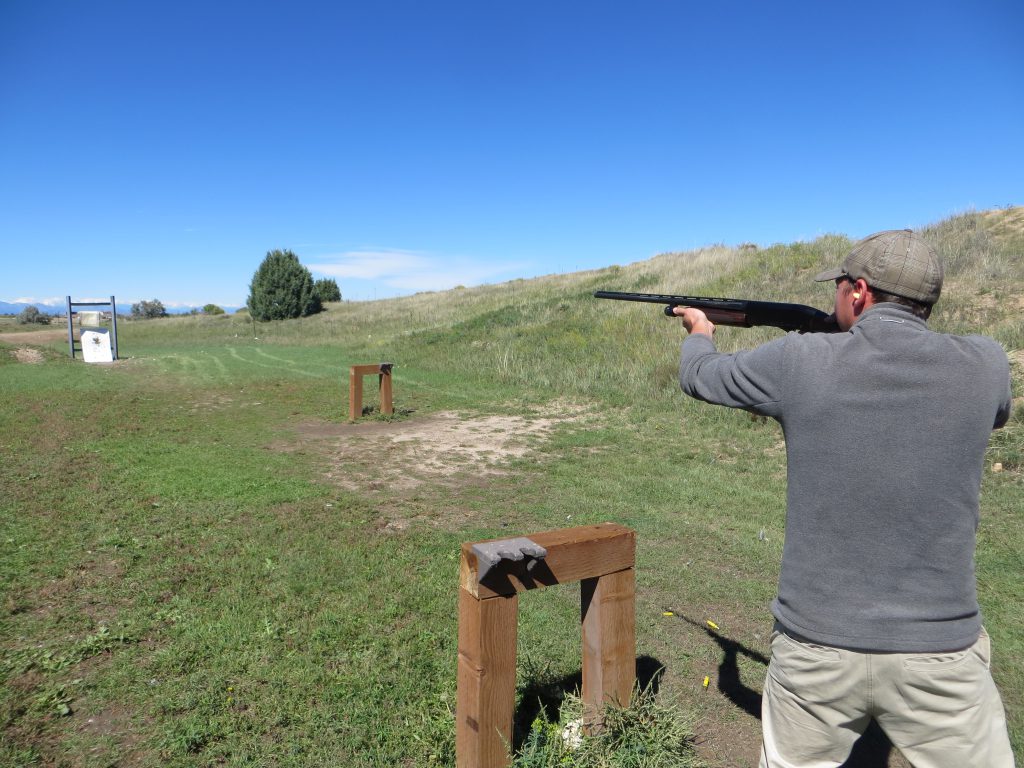 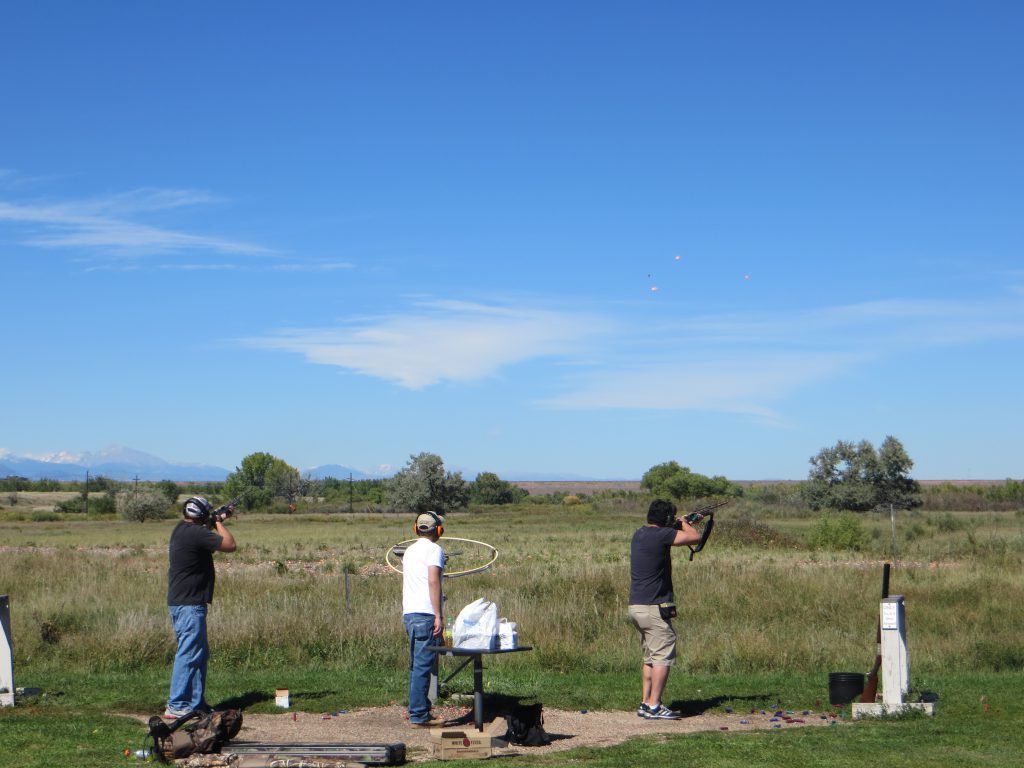 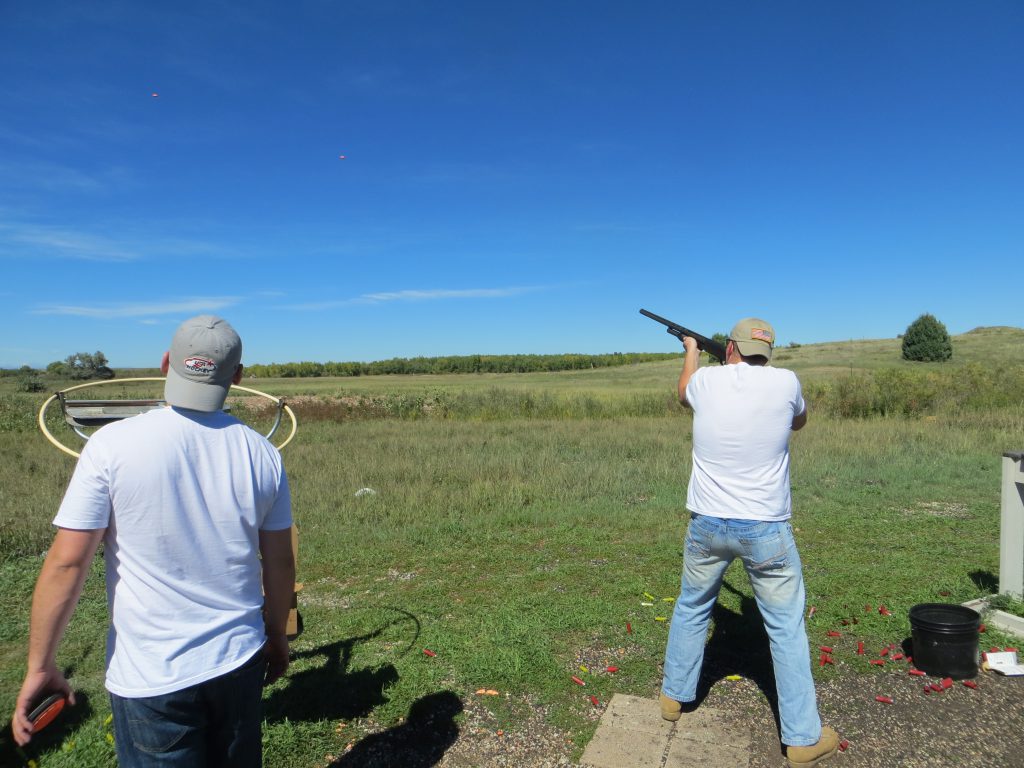 Later we went to the bar of the 1000 beers to watch a American football game. The amount of beer added another night to my stay in Denver. 😉 Andy was a fan of the Indianapolis Colts as he was originally from there. Even his dog was already in the thing. 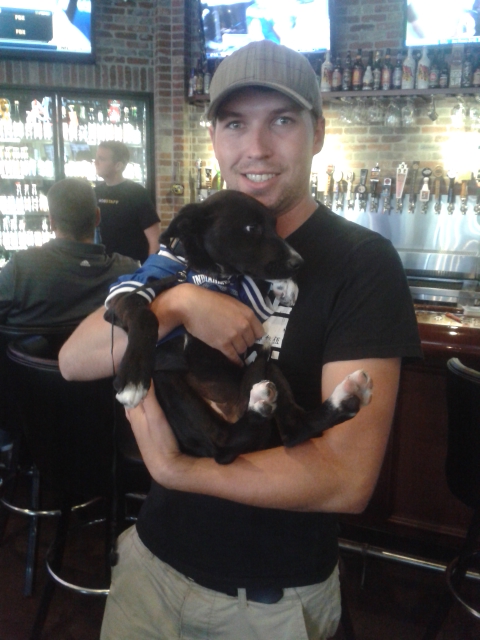 Thanks Andy for the great time! 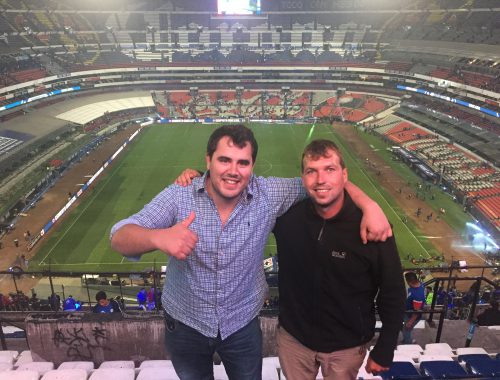 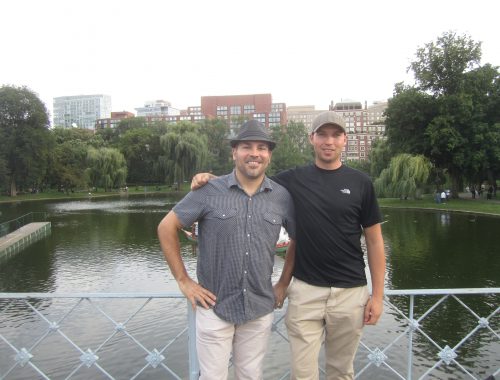 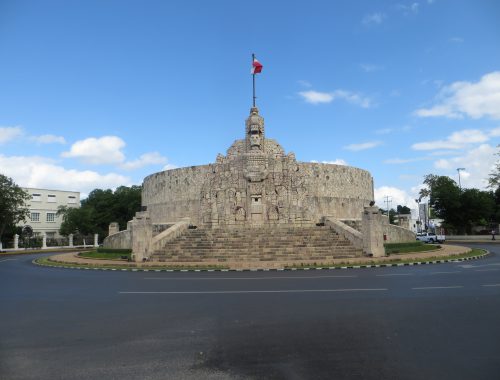